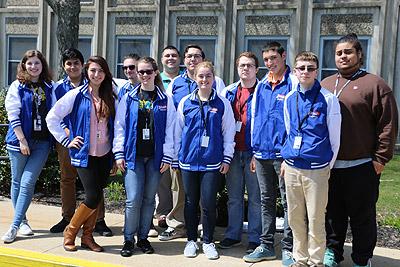 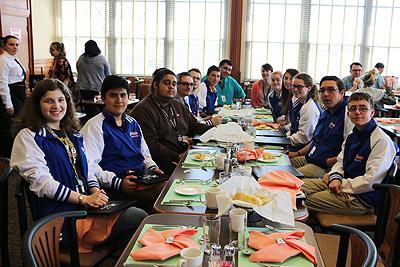 Diman's nascent Math team multiplied their success at the vocational math meet, earning 2nd, 4th and 6th place out of 28 teams from 13 schools. At last year's event, the teams placed 9, 10, and 14 out of 23 teams.
Of the 3 teams fielded by Diman Regional, Team A, led by sophomore Marcus Banoub, entered the final round of competition in first place overall. It was a challenging round, but the team managed to hold on and earn second place. When combined with the other teams' 4th and 6th place finish, this level of success is unprecedented for a team in its second year.
The event was held at Tri-County Voc-Tech in Franklin, MA on Thursday, April 6th, 2017. The next meet will be held at Bay Path Regional in Charleton, MA on April 3.
Congratulations Diman Math Team!