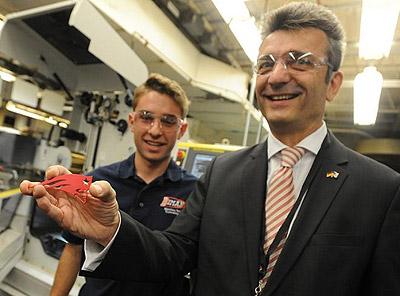 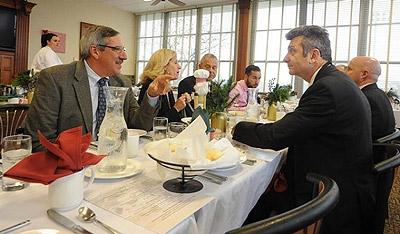 Diman alum Karl Hetzler, president of H&S Tool and Engineering, talks about Germany and its people and culture with German Consul General Ralf Horlemann at a luncheon at the schools Room Two Fifty One Restaurant. Hetzler is a first-generation German-American who has traveled to the old country several times to visit family there.  - Herald News Photo | Jack Foley 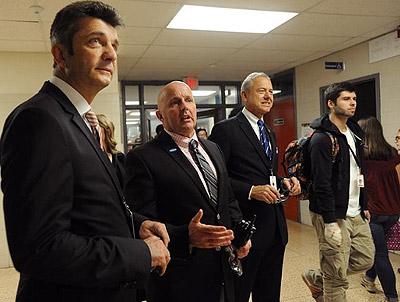 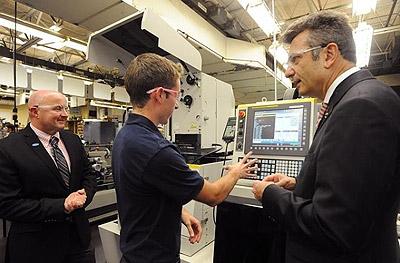 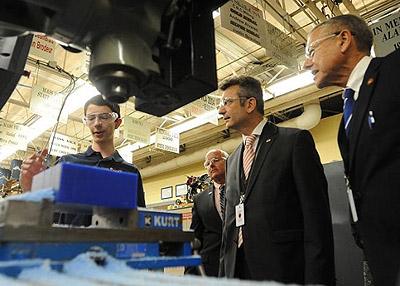 But there’s not as much whir as there would have been 50 years ago.

Instead, there is the silence of computers as students do exacting design work before the work even gets to a machine.

That’s one of the reasons why German Consul General Ralf Horlemann was down from Boston for the day, seeing what Diman kids can do for German companies manufacturing in the United States.

“There are German companies in Massachusetts,” Horlemann said. “They are desperate for qualified workers.”

Horlemann said that problem is not just an American one.

“We have lost manufacturing jobs in Germany, too,” he said. “Manufacturing is a huge part of our economy.

“We have to raise the skill level,” Horlemann said. “It’s very important to creating manufacturing jobs.”

“The objective of today is to sell ourselves,” said Schmid. “When a German company thinks about locating here, they’ll know what we have.”

Aubin was careful to stress the state-of-the-art equipment to be found at Diman and the experience students get through the school’s cooperative education program.

Students can take a job in their trade in sophomore year and they continue to work the job until graduation.

“They actually work in a trade or business,” Aubin said.

Karl Hetzler, who owns H&S Tool & Die in Fall River, is a Diman graduate and spoke of how the school nurtures his business.

“All of our employees are Diman grads,” he said. “This school is the reason why we’re successful.

“The technology they use in the shops here is up to date,” Hetzler said.

One of the things Horlemann got see was a model of an Abrams tank built in the shop, a model with 1,700 parts.


“It’s all about precision,” Horlemann said, admiring the model. 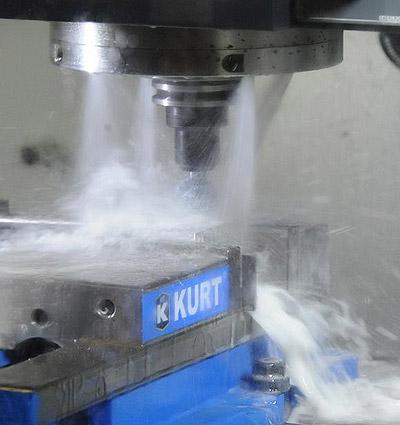 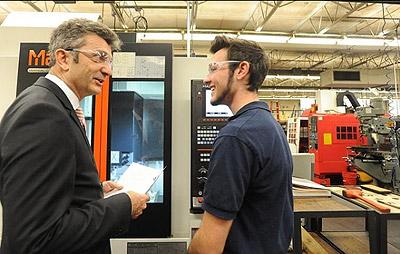 German Consul General Ralf Horlemann asks Diman senior Nathan Raposo of Swansea what he plans to do with his training from the Machine Tool Technology program during a visit to the vocational high school on Wednesday - Herald News Photo | Jack Foley
Copyright © 2002-2023 Blackboard, Inc. All rights reserved.