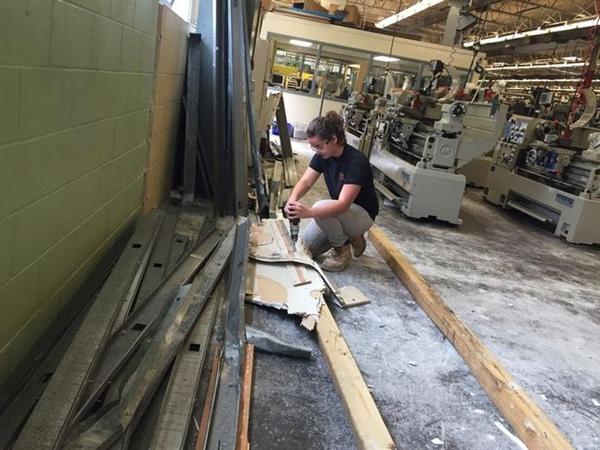 FALL RIVER — The banging of hammers and high-pitched whirring of saws could be heard in the hallways at Diman Regional Vocational Technical High School on Tuesday morning.

Old science laboratory sinks, counter tops, desks, chairs and tables had been moved out of some classrooms, paving the way for newer, more modern replacements.

School is technically out for the summer, but some students and teachers from Diman’s carpentry and plumbing shops are still there, working on projects to enhance the machine tool technology shop and upgrade the physics labs.

The project in the machine tool shop is being funded by a $25,000 campus improvement grant from the Lowe's Charitable and Educational Foundation. It will enable the shop to double the length of its enclosed computer-aided engineering design and manufacturing programming space — going from an area that had been 14 feet by 10 feet to 14 feet by 20 feet. That space is along a wall behind several rows of large machine tools and equipment.

The extra space will allow the shop to add eight more work stations to the four already in place.

So students need to learn how design the parts they’d like to build, learn how to use the machines, then learn how to program them.

“This is a major move toward increasing the programming capabilities of our kids,” said Aubin, who described the school’s machine tools technology program as “world-class.”

In a shop with no wasted space, other areas, like the office and storage, will also be rearranged to accommodate the new area. 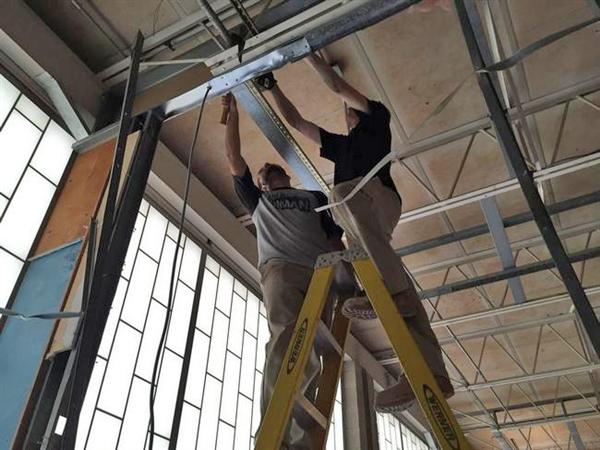 Not only will students in the shop get the benefit of having an increased design and programming space, their peers who built it will also walk away knowing they had a part in its creation.

“It’s rewarding for students to be able to say, ‘Hey, I helped build this,’” Aubin said.

Diman was one of 26 schools nationwide to receive the grant, and one of four in Massachusetts. All the schools that received grants are chapters in the national SkillsUSA program, which sponsors state and national trade skills competitions.

Both Oliveira and Aubin said Diman’s involvement in SkillsUSA has been a great benefit to students.

“It breaks their parochial view of the world,” Aubin said. “Many of our students had never left Fall River, had never been on a plane. Now they’re meeting people from across the county and engaging in high-level competition.”

Oliveira also said the program gives students “the opportunity to meet leaders in industry,” the chance to learn new things about their trade and network.

Another project for a new service center in the automotive technologies shop had already been completed.
Copyright © 2002-2023 Blackboard, Inc. All rights reserved.