Getting Diman to the 'next level': Bobby Bailey aims high as new athletics director 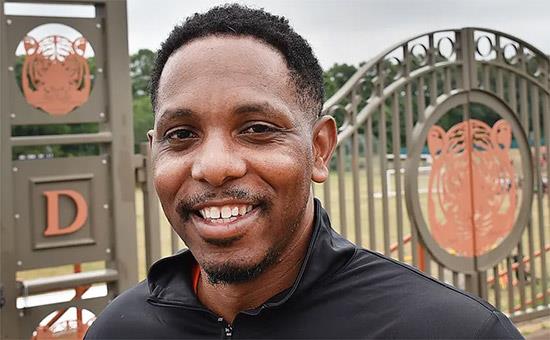 Bobby Bailey is Diman's new athletic director, and he has big plans to elevate the sports programs at the school. Photo by Colin Furze 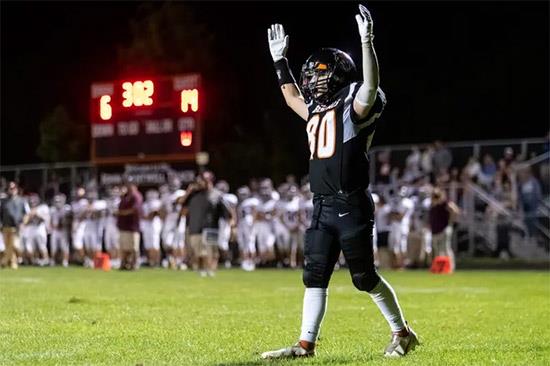 A scene from the Case/Diman football game in week 1. Photo by Kyle Prudhome 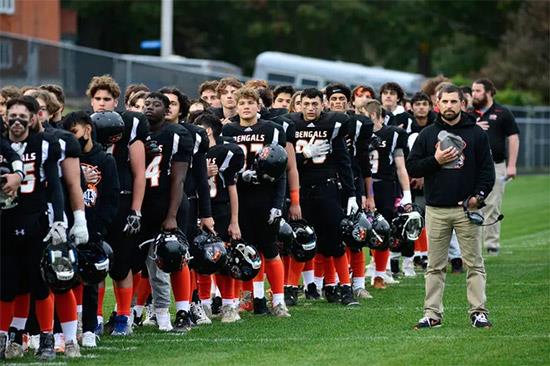 FALL RIVER — Diman Regional Vocational Technical High School is a place where Bobby Bailey is familiar and comfortable in his world.

The high school campus is where the Fall River native had one of his first jobs — a paraprofessional in special education — in 2012 after finishing college.

Now Bailey is back again, this time taking over the role of the Bengals' athletics director.

"I worked a ton of jobs," he said. "It has been a crazy path to get to where I am. It's a small world out there once you get involved."

Bailey, 37, is replacing last season's Director of Athletics James Pereira. He will also be the director of Diversity, Equity and Inclusion as part of his dual role at Diman.

Bobby Bailey is Diman's new athletic director, and he has big plans to elevate the sports programs at the school.
"A lot of guys and ladies here are long-tenured coaches," he said. "It is stepping into a familiar place. It is good to see a lot of them here. Many have been here for 30 years. It goes to show it is a good place to work at."

Bailey, who was the minority outreach coordinator for the Fall River Housing Authority, was one of three people elected to the Fall River School Committee this January. He is also the first Black committee member to be elected.

He’s interested in holding forums, either formal or informal, to talk to teachers and other school staff about what they need, especially as they work to help students return to a sense of normalcy after two years of education disrupted by the COVID pandemic.

"Honestly for me, I want to see that sports are elevated throughout the city," he said. "I care about the kids in the city. I want to make sure the kids have an opportunity."

Where Bobby Bailey came from

Bailey was a standout athlete for B.M.C. Durfee while growing up in Spindle City. He graduated in 2003 and moved on to the University of Rhode Island to pursue his undergraduate degree.

The Fall River resident accepted an internship position in public relations for the NFL's Los Angeles Rams in 2018. He was there that season when the New England Patriots last won a Super Bowl against the Rams.

Bailey then worked Super Bowl LIV when the Kansas City Chiefs beat the San Francisco 49ers, 31-20, on Feb. 2, 2020, at Hard Rock Stadium in Miami Gardens, Florida. He left the job shortly after and returned home due to the outbreak of COVID-19.

Bailey is married to Michelle-Vaughn Bailey, who is a sports choreographer for NBA, NFL, private, and high school teams.

'Second to Durfee'? No more

Bailey said since stepping into his new role as athletics director, he's been trying to get things up to speed and revamping the program a little bit.

"I want to see the Diman program elevate," he said. "I think, historically for a while now, the program around here has been seen [as] second to Durfee. We are treating the program here seriously and providing the kids to get to the next level like colleges. That's the biggest thing for me. Sports activities are good and extremely important."

So how does Bailey feel about the upcoming fall season?

"I'm super excited to begin a brand new fall season," he said. "I think when you step into these roles, one of the biggest things is seeing how excited the kids are. There's a lot of planning going on."

Bailey categorizes himself as a locker room guy.

"You walk in here, you have kids excited, coaches excited, the school with the school spirit," he said. "It's something to be excited for."

Once a Hilltopper, now in charge for making things happen for the Bengals.