A familiar face is back at Diman as interim superintendent 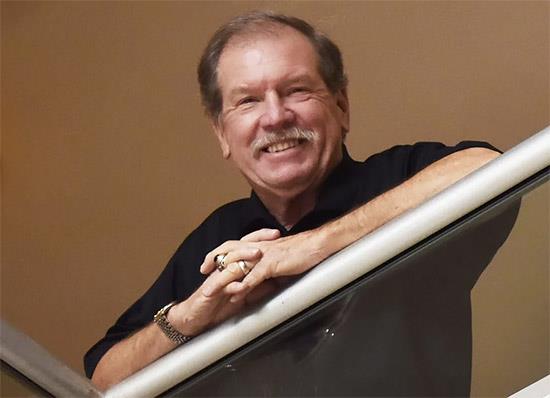 FALL RIVER — For Brian Bentley, 38 years at Diman Regional Vocational Technical High School wasn’t enough. Eight years after he retired as principal, he’s back at the school as the interim superintendent for the upcoming school year.

“Being a lifetime educator, I love school,” he said. “Even in retirement, I always knew the school calendar; I always stayed in touch with who I called my Diman family.”

Outgoing Superintendent and Director of the Greater Fall River Vocational School District Dr. Elvio Ferreira said last month he would resign after three years on the job, departing for a position in Brockton. Towards the end of July, Bentley said, he started getting phone calls from school committee members about potentially stepping up for a one-year appointment as interim superintendent.

“Knowing it was Diman Regional where my heart and soul was for 38 years and still is, I looked to see if I could make it happen and turns out I could,” he said. “They said ‘when could you start?’ and I said ‘this afternoon.’”

Back to school on Aug. 1

His actual first day in the office was August 1.

Bentley began working at Diman as an English and literature teacher in 1976, just 13 years after what was initially known as Diman Vocational High School re-launched as a regional school.

“I was hired by John Harrington himself,” he said, referencing the Diman principal who was instrumental in making the switch and who became the regional district’s first superintendent.

Bentley worked his way up through several administrator positions before becoming assistant superintendent and principal in 2001, a job he would have for 13 years.

Since stepping down as principal in 2014, he has taught classes for people looking to become licensed as vocational teachers. He also serves as a board member and the president of SkillsUSA Massachusetts, the state branch of a national organization that provides workplace and leadership training for vocational students.

“The past eight years has not been all golfing and vacations,” he said.

Much of the school building is how he remembered it, with one big change:

“The biggest thing that has happened is how many more students we’re trying to bring into the building here,” he said.

When he started at Diman, the student population was about 800. Now, it’s at more than 1,400, with a new addition on the building and former administrative offices converted to classroom space to accommodate the school’s growth.

Bentley is returning to Diman as the school is making big strides toward addressing the shortage of classroom space. Plans to replace the existing building with one that would provide more than 50% more space than the current school are moving ahead, with the new building set to open in about four years.

“This is an exciting time,” Bentley said. “The current freshmen who are coming in are probably going to touch their toes in the new building by the time they’re seniors.”

The school has made other upgrades over the past eight years that Bentley said he’s glad to see, like adding new sports teams and launching a DECA program aimed at encouraging students’ leadership and entrepreneurial skills.

“That whole idea of something new every year, for me personally it’s very gratifying, satisfying and exciting,” he said.