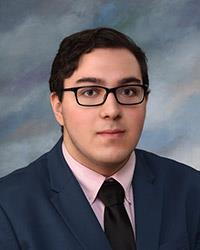 Diman is pleased to announce Marcus Banoub, of Swansea, as their 2019 valedictorian.  Banoub, the son of Matthew and Natasha Banoub of Swansea, MA, has spent the past four years enrolled in the Electronics Program at Diman.  While focusing upon this area of study, Banoub has competed in many academic and vocational contests. Banoub has earned a national bronze medal at SkillsUSA, multiple trophies for the Math Team that he captained, and a finalist title at the state-level DECA competition.  In addition, Banoub has been named Diman’s 2019 Outstanding Vocational Student, a John and Abigail Adams Scholar, a WPI Presidential Scholar, and a Commended Scholar under the National Merit Scholarship.  Banoub intends to build upon these accomplishments as a University Of Massachusetts Amherst student this fall. 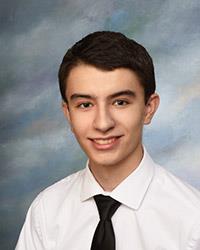 Richard Sousa, of Somerset, is Diman’s 2019 salutatorian.  Sousa, the son of Maria and Richard Sousa, has spent the past four years enrolled in Diman’s Machine Tool Technology Program.  While focusing upon this major, Sousa was able to earn high honors for all 12 trimesters at Diman, maintain National Honor Society member status, and earn the John and Abigail Adams Scholarship.  In addition to these merits, Sousa has been an active member of the Machine Tool Technology Advisory Board and was a first place winner at the SkillsUSA State Competition. Sousa’s future plans include working full time at F. H. Peterson Machine Corp, who will pay for him to earn a major in Mechanical Engineering

Jacob Pimentel, the son of Albano and Maria Pimentel of Fall River, will graduate as the third ranking senior from Diman’s Class of 2019.  As a Business Technology Program student, Pimentel has participated in Diman’s Cooperative Education Program and has challenged himself with an honors and Advanced Placement course load.  Pimentel plans to further his education as a Business/Computer Science major at Bristol Community College in the fall. 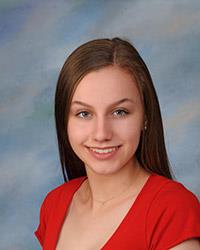 Kyleigh Duarte, the daughter of Joe and Lisa Duarte of Fall River, will graduate Diman’s fourth ranking student. Duarte, a Business Technology Program major, has been able to maintain high honors at Diman while also participating in Varsity Soccer, National Honor Society, and SkillsUSA.  In addition to these accomplishments, Duarte was named the Outstanding Vocational Student for Diman’s Business Technology Program.  This fall, Duarte plans to attend the University of Massachusetts in Dartmouth as a Pre-Med major. 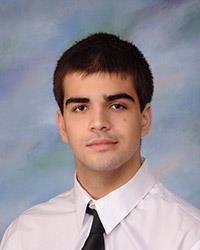 Luis Ferreira, the son of Luis Ferreira of Swansea, will graduate as Diman’s fifth ranking student.  Ferreira, an Electronics Program major, has participated in several challenging and rigorous programs while at Diman.  In addition to registering for an honors-level program, Ferreira was a member of SkillsUSA Mobile Robotics and a regional bronze medal SkillsUSA winner.  Furthermore, while studying at Diman, Ferreira successfully completed 13 college courses through the Diman/ Johnson and Wales Dual Enrollment Program.  In the fall, Ferreira plans to continue his course of study at Johnson and Wales University. 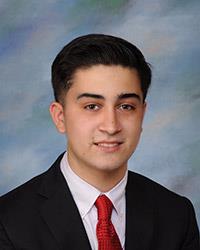 Benjamin Ramos, the son of Patrick and Rachel Connell of Fall River, will graduate as Diman’s sixth ranking senior.   Ramos has spent the past four years as a Drafting Program student at Diman.  In addition to his work in drafting, Ramos has actively participated in Diman’s, Student Government, DECA, and National Honor Society, as well as founded the school’s Finance Club and Debate Team. This fall, Ramos intends to study Finance at Boston College. 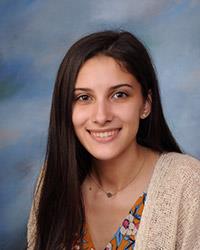 Ranae Raposo, the daughter of Manny and Danielle Raposo of Fall River, will graduate as Diman’s seventh ranking senior.  As a student in Diman’s Electricity Program, Raposo challenged herself with a rigorous course of studies.  In addition to taking honors and Advanced Placement courses, Raposo was actively involved in Diman’s in Cooperative Education and was a National Honor Society member.  This fall, Raposo plans to study at Massachusetts College of Pharmacy and Health Science. 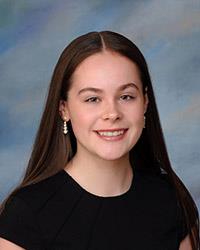 Erica Cook, the daughter of Jennifer Braga and Christopher Cook of Fall River. will graduate as Diman’s eighth ranking student. As a student in the Business Technology Program, Cook focused upon industry skill areas and was successful in earning her Microsoft Word, Excel, PowerPoint, and Outlook Certification.  Furthermore, Cook exceled in earning Intuit Quick Book Certification and will receive the Bristol Community College Office Skills Training Certificate upon graduation.  In addition to her work in Business Technology, Cook also actively participated in Diman’s Dual Enrollment Program and was a National Honor Society member.  This fall, Cook plans to attend Bristol Community College. 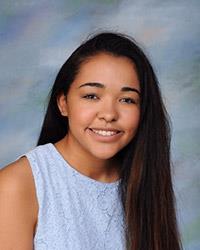 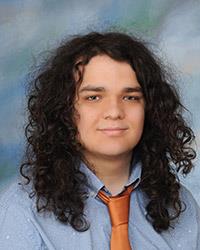 Abraham Moss, the son of Polly and Jeff Moss of Fall River, will graduate as Diman’s tenth ranking student.  As a Drafting Program major, Moss was able to focus upon industry-specific skills while furthering his academic education at Diman.  In addition to winning a SkillsUSA district-level gold medal in Architecture, Moss actively participated in the SkillsUSA State Competition and was a National Honor Society member.   What’s more, upon graduation, Moss will be awarded a Certificate in Drafting from Bristol Community College for successfully completing four Dual Enrollment Program courses through Diman’s Articulation Agreement.  Moss plans to study Architecture at Roger Williams University this fall.