Diman students collect 1,000 toys for donation to Citizens for Citizens 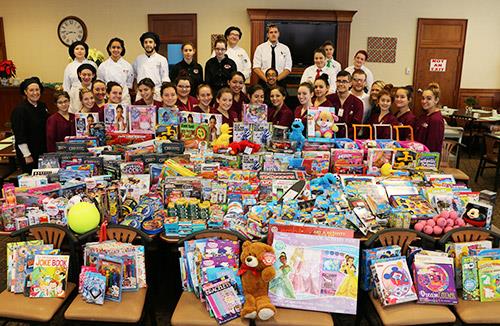 Students and staff from Dental Assisting and Culinary Arts 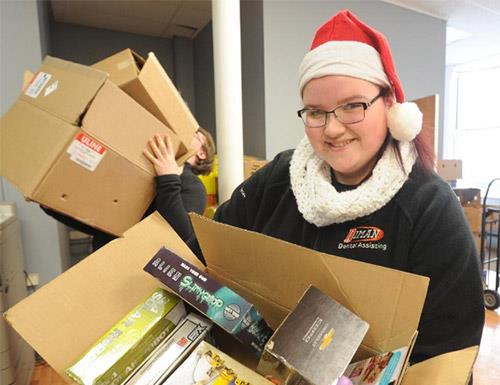 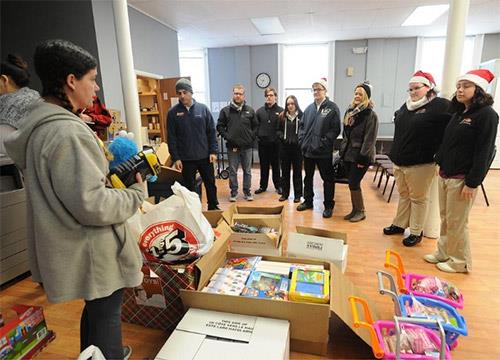 FALL RIVER — The annual toy giveaway at Citizens for Citizens is a big deal, and not just because it’s a display of the Christmas spirit.

“We have about 4,000 people signed up,” said Chrystal Arpa, CFC community resources director.

Citizens for Citizens is Fall River’s anti-poverty agency. Its yearly toy distribution is a Fall River institution, while throughout the year it provides everything from a food bank, to help with heating expenses, to a variety of other services aimed at people who need a little help.

Four thousand people, all of whom signed up in advance, is a lot of people needing Christmas presents.

But Santa’s elves are everywhere and, Friday morning, the day before the toys would be given out, the elves showed up in a white van. On the side of it was the seal of Diman Regional Vocational Technical High School.

“Talbot Middle School got the first round of toys, and we’re here today,” Carrier said.

“Diman’s been doing this for many, many years,” Carreiro said.

“We definitely had more people sign up this year,” said Arpa, standing in the middle of a steadily growing pile of toys.

“This is what’s great,” Arpa said. “The community coming together is what we need.”

A quick scan of the boxes full of toys showed that nearly every kind of toy was represented, from dolls and space vehicles, to old favorites like a checkers set.

The pile rose higher. The kids from Diman worked fast. Somehow, they got 1,000 boxed toys into the Griffin Street CFC headquarters in about 15 minutes.

While Arpa examined the pile, a steady trickle of people walked into CFC on a cold morning when the ice was solid in the gutters, and Christmas was just a week away.