Diman’s Dental Assisting students have dominated a national certification test once more. For the third year in a row, all 17 juniors have passed the Radiation Health and Safety Exam, the second of third steps for official Massachusetts Certification.

“Nationwide, only 75% of test takers pass this test” said Torres. “I’m very excited for them and their accomplishment.”

“Surpassing the national averages to the degree we did validates both the students and the program,” said Occupational Coordinator Thomas Aubin.

“I’m extremely proud of the students because the exam is critically important to their careers,” said Diman Dental Assisting Instructor Maria Torres. 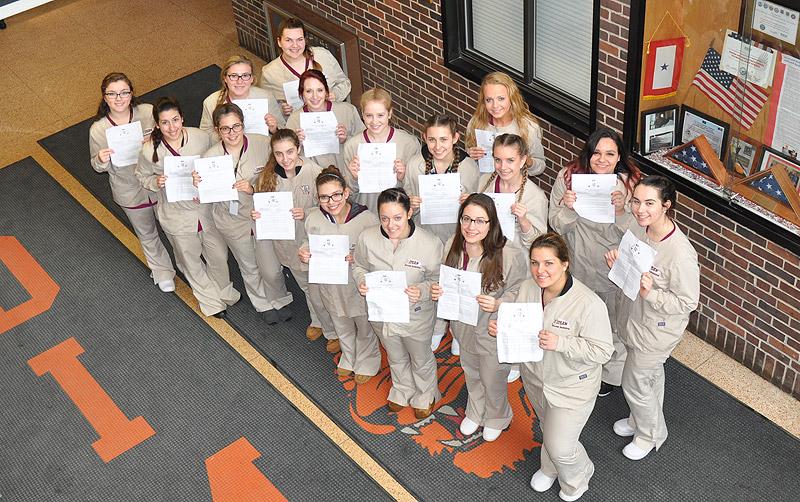