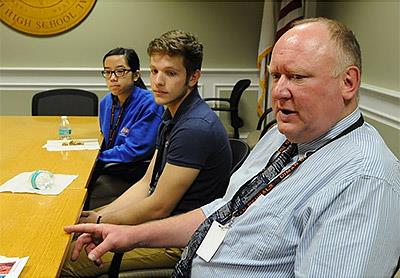 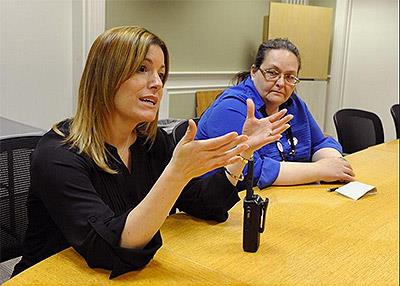 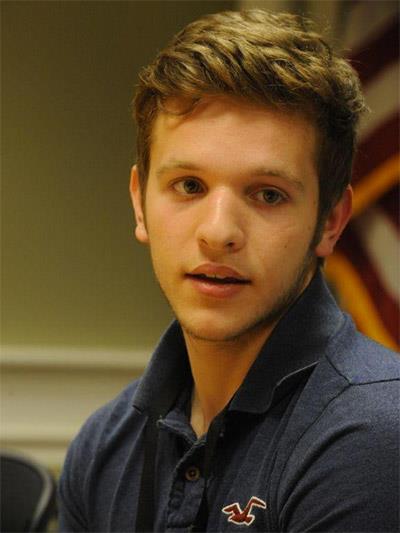 Maureen Cooney, a biology and forensics teacher, and Steve Vaitses, head of the Science Department and a chemistry and physics teacher, will accompany the students as they add their voices to Citizens for Space Exploration’s call for funding of NASA’s education programs.

As sophomores, the team went to San Diego to present their Genes in Space program to experts in the field. The project was about the biological mechanisms to that cause increased resistance to medication. As it was all new to them, Barcelos said they started from scratch by reading scientific journals and articles as they formulated their thesis of what might be causing the resistance. From there, they designed an experiment to be done on the space station to test their hypothesis.

“Mrs. O’Connell was spearheading that and there were nights that I would leave at four o’clock and they would still be working away on it. And they were really in to it too,” Cooney added.

Vaitses and Cooney, who are traveling as part of a National Science Foundation grant, are filling in for O’Connell, who recently went out on maternity leave. The invitation to join Citizens for Space Exploration is rare honor for a high school as most of the students come from colleges around the country, said Vaitses, adding there will also be experts in the field of space exploration.

“They’ll probably ask us why we should fund the space program and how STEM affected us in our education,” Barcelos said. “I’m going to speak on our personal experiences about Genes in Space and how it really inspired us to go into more STEM programs. Basically, give reasons why they should fund education.”

Following up on Barcelos’ comment about funding education, academic coordinator Katie Warren asked him, “Why do you think they should fund education?”

“Because it opens a lot of doors for so many students... You can see something in the future that you can accomplish and it all traces back to inspiration,” Barcelos said.

A contact he made through the Genes in Space program led to him attaining a job this summer with the Dana-Farber/Harvard Medical Cancer Research CURE Program. “I’ll be working with scientists helping them do their research,” said Barcelos, who plans become a medical/scientific researcher some day as well.

While she’s interested in microbiology, Cooper said the part about the Genes in Space program that really interests her “is the space part of it, in particular astronomy.”

“It’s an opportunity that not many people have to be able to talk to congressmen, especially since we’re still high school students,” said Cooper of the trip. “And to talk to them about funding education, especially the space program means a lot to me.”

Email Linda Murphy at lmurphy@heraldnews.com.
Read an update by the Diman delegation here.